With their ever-wagging tails and bubbly personalities, it’s no wonder that the American Cocker Spaniel has held the title of America’s most popular breed for a total of 18 years! Their love for people and animals has endeared them to several presidents, including Richard Nixon (who could forget his famous “Checkers Speech”), Rutherford B. Hayes, and Bill Clinton.  Originally bred as hunting dogs, Cocker Spaniels are now generally bred as family pets, and make great companion animals. 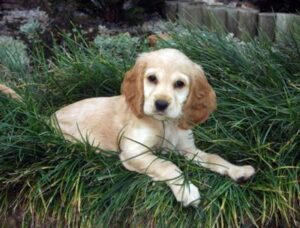 Size & Weight: The Cocker Spaniel is the smallest member of the Sporting Group of dogs, measuring around 13-15 inches at the shoulders (with females being at the shorter end of the scale). Cockers weigh in between 15-30 pounds, making them a medium-sized dog. Their distinctly shaped heads make them immediately recognizable.

Coat & Color: Cocker Spaniels have medium length silky fur on the body and ears, with feathering down the legs and bellies. Color can be any solid or multi-color variety. 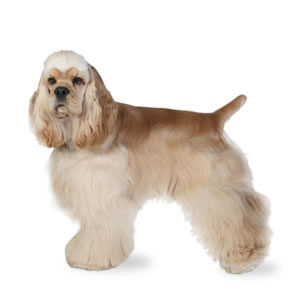 Often referred to as the “Merry Cocker,” these are cheerful, gentle dogs that are equally well suited for life as a household pet or gundog. Known for their happy dispositions, Cockers are social butterflies who love everyone, and are extremely devoted to their pet parents. They are best suited for living indoors, where they can spend most of their time with the people they love.

Do you think the American Cocker Spaniel would be the perfect addition to your family? Check your local animal shelter or contact Florida Cocker Spaniel Rescue.