It’s hard to believe that we are five months into the quest to become the first no-kill county in Florida.  It has been five months of vision, dreaming, planning, and lots and lots of hard work on the part of rescue groups, shelters, volunteer photographers and their dog wranglers, and volunteer big dog walkers.  But most of all,  the hard work on the part of the staff of Manatee County Animal Services has been superlative. 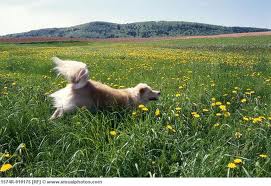 I am awed by the turn-around in Animal Services.  One of the most difficult things to do is to change a paradigm.  It requires visionary leadership, encouragement, positive reinforcement, and requiring all staff to work to excellence.  It also requires listening to staff, management, and the community about what works and what doesn’t work.  They have accomplished all of this at Animal Services.  God bless!

In September we were saving only 55% of the dogs and cats who came into Animal Services.  All the rest were killed.  Currently our save rate has soared to 77%.  That is SO impressive!

Some special thanks to a couple of people who fly beneath the radar.  Bill Hutchison, Manatee County Public Safety Director provided Kris Weiskopf and Animal Services with total support and leadership into this new age.  Dr. Luke Berglund who has his own veterinarian practice at Beach Vet also acts as the vet for Animal Services.  He has upgraded the standards of care at Animal Services, and has had much input into appropriate staffing for the best care of the animals.  The dogs and cats that now are at Animal Services until they can be adopted have better care than ever.

Of course there are still issues that exist, and still obstacles to overcome to reach our no-kill goal of 90% animals saved.  To be adopted, animals must be healthy.  There is one big thing that is keeping our cats from being healthy.  When one cat gets an upper respiratory infection, the infection spreads rapidly to other cats.  In the past, most cats that got sick were killed.  While that is no longer the norm, it is expensive to nurse cats back to health and while they are undergoing treatment they can’t be adopted and so take cage space at Animal Services.

County Commissioner Carol Whitmore put out a call several weeks ago for contributions to raise $20,000.  Much of that would go to installing a new ventilation system in the cat rooms at Animal Services.  This would greatly reduce the spread of infection among the cats.  The rest of the money would go to improve the dog runs.  Right now they are extremely basic and pretty small.  The dogs get bored and of course that lead to distress.

So, you want to help?  Donate toward the new ventilation system and dog run improvements.  You can send a check to No-Kill Manatee, P.O. Box 1992, Holmes Beach, FL 34218.