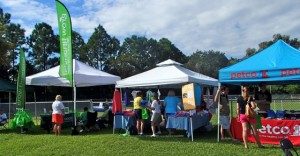 A small donation was required to enter a dog into an Olympic game, but each dog got a souvenir bandana just for participating, and a bag full of goodies to the winners. 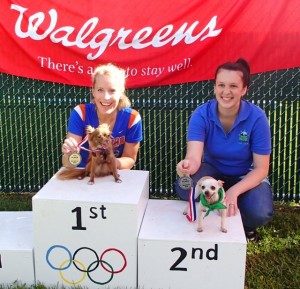 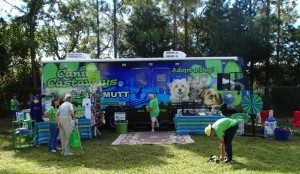 According to Samantha Dominis, Public Relations and Event Coordinator of the Humane Society, gave a breakdown of the successful weekend: 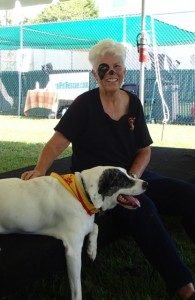 We are also proud to announce that our own little Olympian, Rico competed as well and took home gold in the smallest dog category, literally nosing out his closest competitor by one tenth of an ounce. 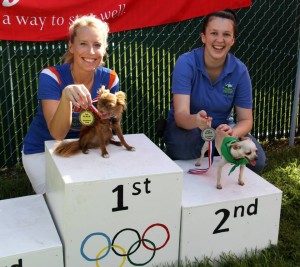 Rico, a long-haired Chihuahua’s sleek physique is often disguised by his feathery fur.  So, we were surprised to see how truly petite he is.  Rico and his owner Sue, also won in the owner – dog LookAlike contest, donning twin Gator gear. 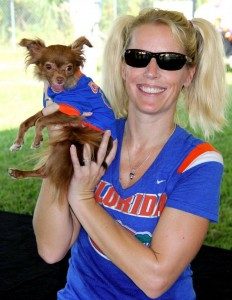 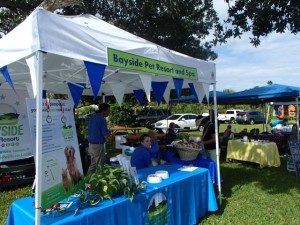 Thanks to all who donated the space and lots of time and energy to this event and to all who turned out to support the Manatee County Humane Society!