Manatee County’s no-kill train is chugging right along.  We so far have had wonderful results.  Rescue groups are stepping up to increase adoptions, foster homes are increasing, marketing is greatly improving, PR is gaining momentum.  In September 2011 only 55% of dogs and cats that came into Manatee County Animal Services were saved.  The rest were killed because there was no room for them.  In October our percentage of animals saved rose to 68%.  And in November, we hit 77%.  That is simply amazing.

Credit can go to so many people and groups.  There is no one person, group, or agency that can create no-kill alone.  It truly is the work of the entire community.  I feel honored to watch a community come together around such a worthy issue.  Canine Christmas, held by The Animal Network November 19, is always wonderful, but this year it was more so than ever.  This year Canine Christmas was a celebration of no-kill.  We sold no-kill t-shirts and bumper stickers.  Many dogs were adopted at the event.  And besides all of that, it was great fun.

There was yet another great November happening. The Walgreen’s on Holmes Beach put a barrel in their store to collect food and toys for animals.  The donated items will be used to support shelters and foster parents and to support people for whom feeding their pets is financially difficult.  Walgreen’s is considering putting a barrel like that in every Walgreen’s in Manatee County.  Can you imagine the impact of something like that?  Hurray for Walgreen’s!

Just after Thanksgiving, the group of photographers organized by Caryn Hodge, is now going full tilt.  A photographer and a helper go to Animal Services almost every day to photograph new dogs and cats coming in.  The photographs are heart-grabbing, and we believe they will help create more and more adoptions.  The photographers range in age from thirteen to eighty five.  They all are volunteers as are their helpers.  One of the wonderful photos, this one taken by Jack Elkins, is on this featured here. 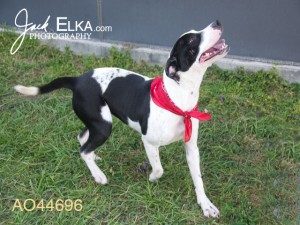 You may remember that in early November, Senator Mike Bennett of Bradenton introduced a bill into the Florida legislature to create movement toward no-kill in the entire State of Florida.  That was an unexpected and wonderful surprise.  He gave us in Manatee County the credit for modeling no-kill.  We are doing everything we can to support his bill.

Unfortunately, not everyone is so supportive.  In early December, the Florida Animal Control Association issued a letter to all of its members in Florida telling them to oppose the Florida no-kill bill.  The letter was shocking given who was writing it, and also shocking in that it was filled with misinformation.  I have written to them asking them to stop defending past practice and to become leaders in no-kill.  We’ll see what happens there!

That’s all for now.  I wish for all of you and your doggies and your kitties a wonderful holiday season.